I am still diving and teaching diving offering a variety of IANTD diver, Instructor, diving carrer and Dive Center consulting services through my MayaTech company and  MattMexico MayaTech web page. 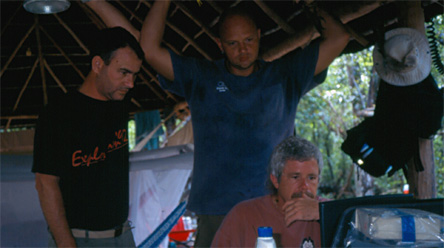 In 1997 under the umbrella of the Cedam Cave Diving Team 1997 Nohoch Expedition I organized and conducted deep cave exploration dives in 'the Pit' area of the Dos Ojos cave system, Mexico with the discovery of the BMB passage.

In 1997 I was invited to participate in the Wakulla II cave exploration and mapping project involving Cis Lunar MK5P Closed Circuit Rebreathers introducing me to CCR Rebreather cave diving techniques which was conducted in 1998 and 1999. 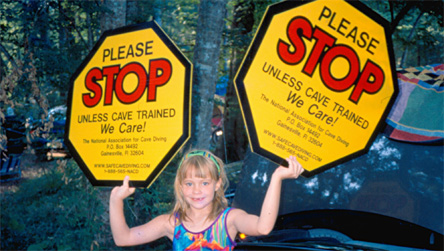 In 1998 when the Cedam Dive Center was going to be closed and I was not even near to end my cave diving career I established my own independent business MayaTech diving services with the sole support, diving and training in technical diving as well as cave diving. Deep cave diving became one of my early specialties and CCR Rebreather cave diving becoming a close second.

As a personal goal I achived the final exploration of the Chak Mool cave system which was initially started by Kae and Garry Walton. The Chak Mool cave exploration project ended in 1998 with the production of a printed cave map that is still available today through selected cave diving dive stores in the Riviera Maya.

During the Yucatan 2000 cave exploration project organized by me a base camp was established in the town of Mucuyche and three weeks of deep cave exploration where conducted. During the project a number of scientific experiements where conducted in the fields of cave biology, water chemistry, micro biology and geology. I started to formulate the idea of opening a dedicated advanced diver training facility in terms of advanced training and advanced diving technology. And the idea of ProTec Dive Centers was born during that project. 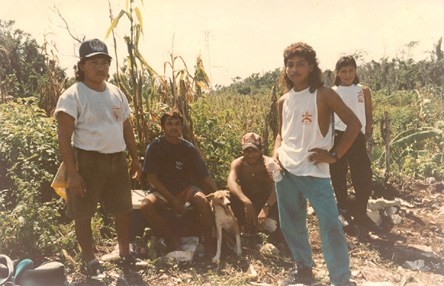 When demand put a limit on what I could do personally I decided to open up a dive store and in 2001 I went on to open ProTec Advanced Training Facility in Playa del Carmen, Mexico which is still open to this day. Additionally to teaching technical diving and cave diving I added rebreather support, diving and training to our portfolio as well as Instructor developement, evaluation and training.

The 2001 Bacalar exploration project organized by me was the first one sponsored by the ProTec Advanced Training Facility. After one week of exploration in the area of the Bacalar lagoon, Chetumal the whole project moved into the Homun, central Yucatan area 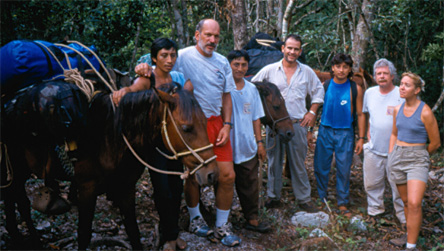 In 2002 I participated in the National Geographic sponsored - Ring Cenotes - cave exploration project conducted under the umbrella of INAH around the villages of Homun, Mucuyche and Dzilam Bravo.

In mid 2004 I participated in the film shoot of the adventure Hollywood movie - The Cave - on location in Romania and Mexico. During the underwater shooting a CCR Megalodon Rebreather was used by safety personnel behind the camera as well as the actors and doubles in front of the camera.

I am an active cave diving Instructor for IANTD and teach the following cave diver level training programs:

I am an active IANTD Instructor Trainer developing and evaluating Instructors for the following Cave Instructor ratings: 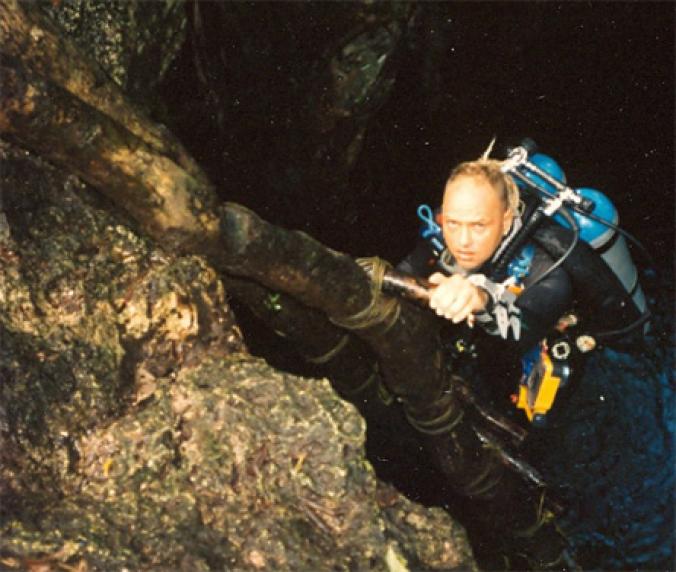 I took my first formal training in cave diving in Mexico 1994 when completing the cavern and intro to cave course. My Instructor was Dan Lins, back then working at the Akumal Dive Shop in Akumal located in-between Playa del Carmen and Tulum, Mexico what was back then called the Cancun - Tulum corridor. I completed my cave diving course with Dan Lins in Akumal in April 1995 and finally moved to Akumal, Mexico in December 1995 to dive the beautiful Cenotes more. In June 1996 I moved to Playa del Carmen, Mexico and since then live in Playa del Carmen permanently.