My first Closed Circuit Rebreather (CCR) dive was conducted during the Tek 1996 show in New Orleans on a Prizm Topaz CCR conducted by Peter Reedy. My first formal training on a CCR Rebreather was completed in 1997 by Richard Pyle, Tom Mount and Bil Stone on the Cis Lunar MK5p in Madison Blue Spring, Florida, USA in preparation of my participation in the Wakulla II deep cave exploration and mapping project conducted at Wakulla Spring, Florida, USA.

After my participation on the deep cave exploration project Wakulla II in northern Florida 1998 and 1999 where I met and dived with CCR divers Mark Meadows, Brian Kakuk, Jil Heinerth, Paul Heinerth, Jim Brown, Jason Mallinson and Rick Stanton I started to focus on CCR diving. With the ongoing deep cave and cenote exploration in the central Yucatan, Mexico I bought my first CCR Rebreather, a e-CCR Classic Inspiration in the year of 1999.

During 1999, 2000 and 2001 I conducted a series of deep exploratory CCR Cave dives in the central Yucatan, Mexico in the area of Mucuyche and Homun, south of Merida. 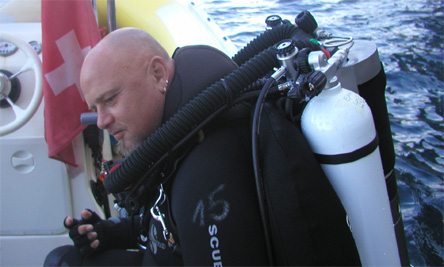 In 2003 and 2004 I visited Utila Island in Honduras to dive and teach on the Inspiration and Megalodon e-CCR Rebreathers. 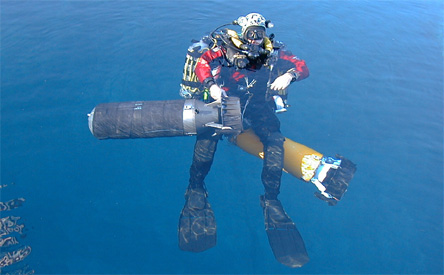 In early and late 2006 I participated in a series of wreck dives in Hurghada, Egypt and Sardinia, Italy utilizing CCR and P-SCR rebreathers. In late 2006 I conducted a CCR O2ptima training program in Croatia. In mid 2005 I purchased a P-SCR Halocline Rebreather.

In mid 2006 I participated in a scientific expedition in the position as Safety Diving Officer off the coast of Tanzania, Africa in order to locate and film the Coelacanth in his natural habitat. During the expedition aboard the scientific live a board diving vessel (The Kairos) a number of AP Inspiration and Megalodon CCR Rebreathers where used.

During 2006 and 2007 the demand for CCR related training (especially CCR cave diver training) increased and upon customer request I purchased a m-CCR Classic KISS in 2007.

In 2008 I participated in a wreck diving cruise through the Philippines diving the areas of Puerto Galera, Coron Bay and Subic bay. The trip was organized and conducted as a very small and personal CCR wreck diving trip utilizing CCR Megalodon Rebreathers with e-APECS electronics.

During the Yucatan 2000 cave exploration project organized by me the idea grew to open a dedicated advanced training and technology diver training facility. In 2001 I went on to open my dive shop and store dedicated to technical, cave and rebreather diving as well as Instructor training ProTec Advanced Training Facility in Playa del Carmen, Mexico with focus on CCR and P-SCR Rebreather diving, training and support. To this day I am utilizing e-CCR and m-CCR Rebreathers for cave, reef and wreck diving applications in Mexico and worldwide.

I am an active CCR Rebreather Instructor for IANTD to conduct and teach the following Rebreather related training programs:

I am teaching CCR basic (Mod I) user courses on the following CCR Rebreather units:

I currently own a e-CCR APEKS as well as m-CCR COPIS Megalodon and a e-CCR Vision AP Inspiration. 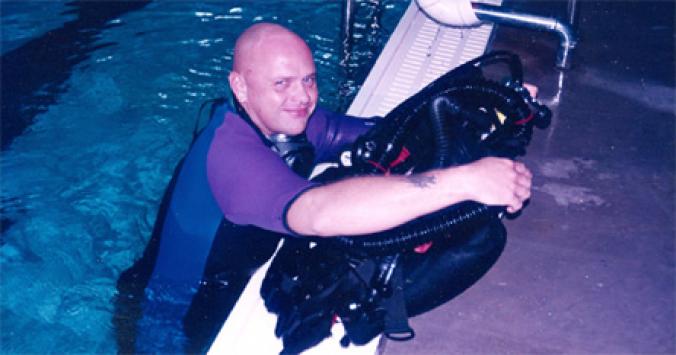 I took my first training in Rebreather diving in Roanoke, Virginia, USA 1996 when completing the Semi Closed Rebreather ( SCR ) Draeger Atlantis course. My Instructor was Terrence Tysall, back then co-owner of the Orlando Dive Center in Orlando, Florida, USA.