In summer 1996 I was participating in a series of technical deep wreck dives in Lake Superior within the Whitefish Point Underwater Preserve organized by Mike Zee and Terrence Tysall. Diving was conducted out of Paradise, Michigan, USA. The ship wreck museum on White Fish Point was frequently visited. The most memorable dives where conducted on the Comet, John B. Cowle, Superior City and Samuel Mather.

In late 1998 I participated on the Cambrian Foundation exploratory deep wreck diving project in the Solomon Islands lasting for three weeks diving Japanese and U.S. Navy WW II wrecks sunk during the South Pacific campaign and Guadalcanal campaign located in Iron Bottom Sound such as USS Aaron Ward and USS Kanawah, HMNZS Moa, Japanese Submarine I 1, USS John Penn, Azumasan Maru and a Kawanishi Sea Plane. The deepest wreck dived with Terrence Tysall and Kevin Denley was the USS Atlanta laying on its side at 420 feet / 126 meters. 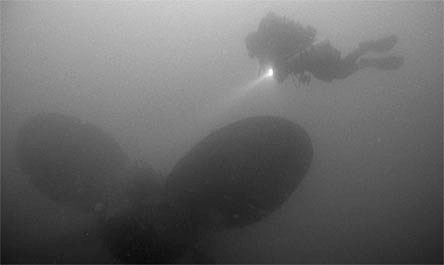 In 2001 I was invited by a group of Mexican Technical divers and the Acapulco local government to participate in a environmental study and wreck documentation on the HMCS Restigouche in Acapulco, Mexico. The artificially sunk wreck lies at 220 feet / 66 meters to the sand.

Early 2006 I dived the wreck of M/V Hebbat Allah, M/V Excalibur and the Egyptian Mine Sweeper El Mina in the area of Hurghada, Egypt.

In early and late 2006 I engaged in a series of wreck dives off shore the island of Sardinia, Italy with the Wreck Nasello and the German Ammunition supply transport KT 12, both sunk by the british Submarine HMS Safari.
In 2005 and 2006 I partipicated in a number of exploratory wreck dives on the island of Cuba. Most stunning where the Spanish wrecks from the Spanish - American War located south of Santiago de Cuba such as the Cristobal Colon. 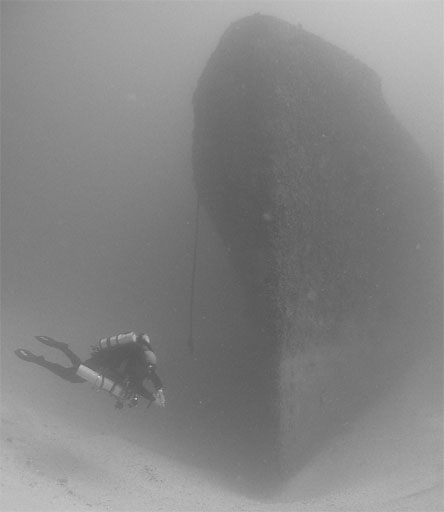 In 2008 I participated in a wreck diving trip to the Philippines. Three wreck diving areas of the Philippines where visited during that trip. The first stop of the trip was the Puerto Galera area with the Alma Jane and Japanese wreck visited. The second stop of the trip was the Coron Bay area. The dives conducted where all on the Japanese ships in the area sunk during a U.S. air raid on September 24th 1944 in the vicinity of Sangat Island. The wrecks visited were the Sangat Island Gun Boat, Tangat Maru, Akitsushima, Kyogo Maru and Iraku Maru. The third stop of the trip was in Subic Bay in order to dive the USS New York scuttled in 1941 and a LTC landing craft sunk in 1947 during target practice.
The list of wreck diving activities above is just a list of high lights as I have dived other wrecks in the areas listed above as well as in Thailand and the Bay Islands of Honduras Utila, Roatan and Guanaja. 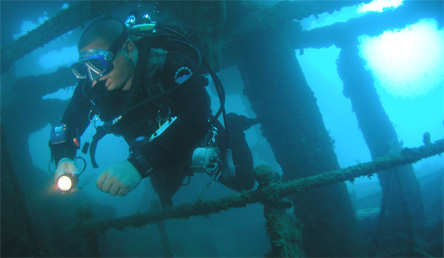 In 2001 I went on to open ProTec Advanced Training Facility in Playa del Carmen, Mexico with focus on wreck diving, training and support.

I am an active wreck diving Instructor for IANTD and teach the following wreck diver programs:

I am a IANTD Instructor Trainer and evaluate Instructors for the following Instructor ratings:

First step in wreck diving in 1993 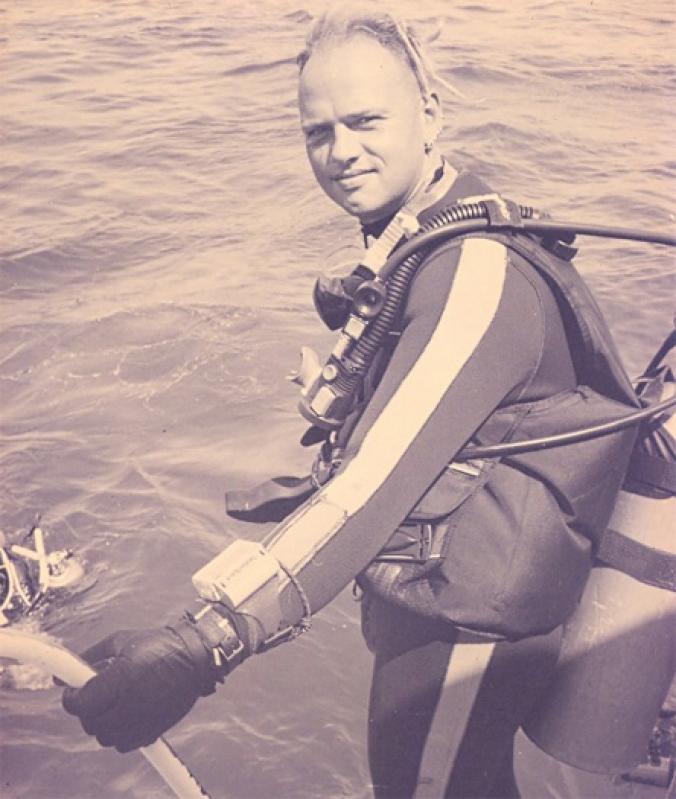 My first taste of wreck diving came during my work period as a dive Instructor and dive guide in the Red Sea, Sharm el Sheikh, Egypt in 1993 and 1994 visiting wrecks such as the SS Dunraven and Ghiannis D. As I was guiding on Live a Boards I was fortunate enough to dive the SS Thistlegorm a dozen times just a few years after she got rediscovered and opened for public diving, as she was still full of untouched motorcycles, trucks, trailers, plane wings, locomotives and other war utensils.