The pursuit of my dream to own my own sailboat has led me to a number of boats and one survey but so far I have not seen what I would like to buy. Maybe its just a dream ...

In June of 2015 I volunteered at Sea Shepherds to participate in a ongoing campaign on the sailboat 'Martin Sheen' but was directed to the two newly purchased 100' Coast Guard Cutters, the 'Farley Mowat' and Jules Verne. Not exactly sailing but again what a great experience working on boats. 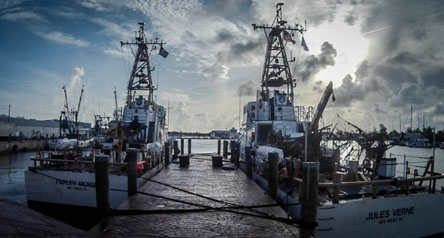 In April of 2015 I went to join friend Mike on Sundowner, a Westerly 48' sail boat located in green Cove Springs, Florida to help him to resurrect the boat after being on the hard for 5 years. What a great learning experience working on the hard. And in the water it went and it floated and the sails where hoisted and we sailed it on the St. Johns River. Very rewarding !.

In May 2014 I went back on the Island Packet 40' sloop Azafran for a delivery from Pto. Aventuras, Mexico to San Blas Islands, Panama. The trip took some four weeks with some 1400nm sailed. San Blas Islands are awesome to cruise and hang out with a distinct culture of the people living on these very small Islands. Very Cool !!

In March 2014 I went on a sailing trip on a Island Packet 40' sloop Azafran from the Bay Islands of Honduras Utila, Guanaja and Roatan to Pto. Aventuras, Mexico. I spend four weeks aboard with some 630nm and had the great fortune to learn and participate in the repair of furlers, change of all sails and change of all standing rigging.

In January 2014 I went on a sailing trip from Pto. Aventuras, Mexico to the Bay Islands of Honduras with a cruise around the Islands of Utila, Roatan and Guanaja abord a Island Packet 40' sloop. I spend two weeks and some 740nm on board with a number of night sails and a 40 knot wind encounter at night that blew out our Genua.

In May 2013 I went to Ft. Lauderdale to take my ASA (American Sailing Association) courses 101, 103 & 104. When I passed the final exam of ASA 104 I became a Bareboat Captain enabeling me to charter sail boats up to 45 feet world wide and take them out for coastal cruising without the need to hire a captain. I spend one week aboard this fine sail boat. 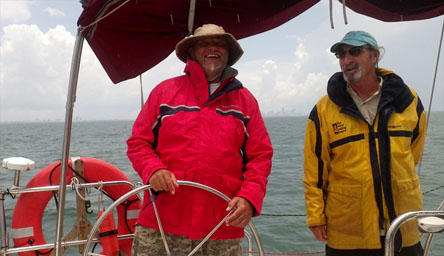 During the week long 180nm training program we where staying full time on the Gib Sea 43' sloop as a live a board training boat. What a great experience and the way to go !. I was lucky enough to get old salt captain Wayne Faulb.

In 2012 I had the chance to sail a Hunter 24' sloop for almost all year long as a friend of mine, Danny, owned one in Pto. Aventuras. Sailing around 250nm with long time buddy Eikka got me back onto track with my passion of sailing and ultimately onto taking the ASA training programs in Florida in 2013. 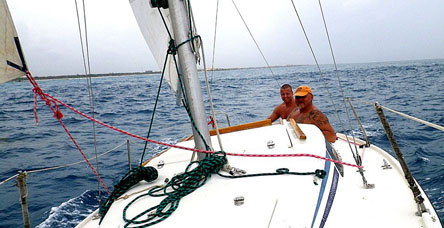 In 2010 I went to California to visit my old friend Lenny to rekindle my love for sailing. Lenny at this time owned a Ericson 27' sloop in San Diego and a Catalina 41' sloop in Seal Harbour next to Laguna Beach / Los Angeles. 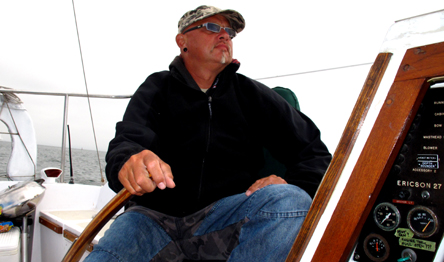 During the weeks of sailing we went to sail around Catalina Island for some 150nm and the port of San Diego for some 25nm. What a great time. 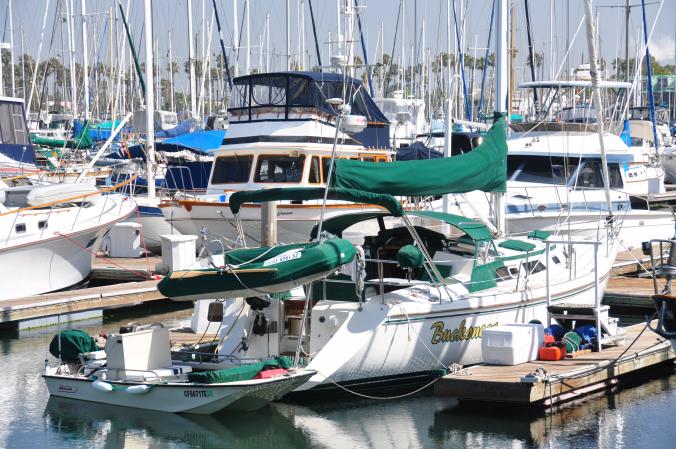 Sailing today meaning what is going on lately with my passion of sailing. I am sailing since I was 6 years old and my passion for sailing is comming back strong. Apart from sailing I have been on power boats constantly in Thailand, Tanzania, Egypt, Honduras, Solomon Islands, Italy and Mexico since 1992 when my diving career started to take off.